Menu
BlogPet CareBarking Bad- How to get your dog to stop barking.

Barking Bad- How to get your dog to stop barking. 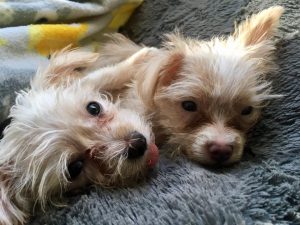 Here’s a list of techniques that can aid in getting your dog to stop barking. While all of them can be very effective, you shouldn’t expect miraculous results overnight. The longer your dog has been practicing the barking conduct, the longer it will take for him to change his ways.

Always remember to keep these tips in mind while training:

Your dog gets some kind of recompense when he barks. Otherwise, he wouldn’t do it. Figure out what he gets out of barking and remove it. Don’t give your dog the chance to continue the barking behavior.

Disregard your dog’s barking for as long as it takes him to stop. That means don’t give him any attention at all while he’s barking. Your attention only rewards him for being riotous. Don’t speak to him, don’t touch him, and don’t even look at him. When he finally quiets, reward him with a treat.

For this method to be effective, you must wait as long as it takes for him to stop barking. If he barks for an hour and you finally get so balked that you yell at him to be quiet, the next time he’ll probably bark for an hour and a half. He learns that if he just barks long enough you’ll give him attention.

Progressively get your dog used to whatever is causing him to bark. Start with the stimulus (the thing that makes him bark) at a distance. It must be far enough away that he doesn’t bark when he sees it. Feed him lots of yummy treats. Move the stimulus a little closer (perhaps as little as a few inches or a few feet to start) and feed treats. If the stimulus moves out of sight, stop giving your dog treats. You want your dog to learn that the appearance of the stimulus leads to good things.

Example: barking at other dogs

It may sound absurd, but the first step of this technique is to teach your dog to bark on command. Give your dog the command to “speak,” wait for him to bark two or three times, and then stick a tasty treat in front of him. When he stops barking to sniff the treat, praise him and give him the treat. Reiterate until he starts barking as soon as you say “speak.”

Once your dog can bark on command, teach him the “quiet” command. In a calm environment with no distractions, tell him to “speak.” When he starts barking, say “quiet” and stick a treat in front of his nose. Commend him for being quiet and give him the treat.

Example: visitor at the door

When your dog starts barking, ask him to do something that’s inconsistent with barking. Teach your dog to react to barking stimuli with something that represses barking, such as lying down in his bed.

Example: visitor at the door

Make sure your dog receives ample physical and mental exercise every day. A tired dog is a well-behaved dog and one who is less likely to bark from boredom or frustration. Depending on his breed, age, and health, your dog may require numerous long walks as well as a good game of chasing the ball and playing with interactive toys.

4 Responses to “Barking Bad- How to get your dog to stop barking.”