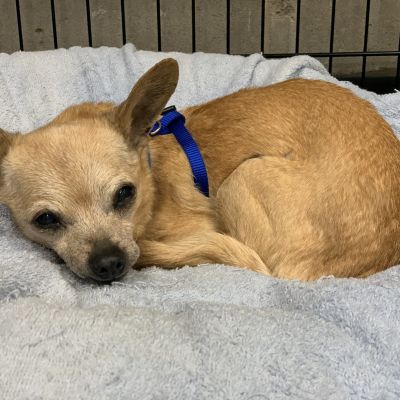 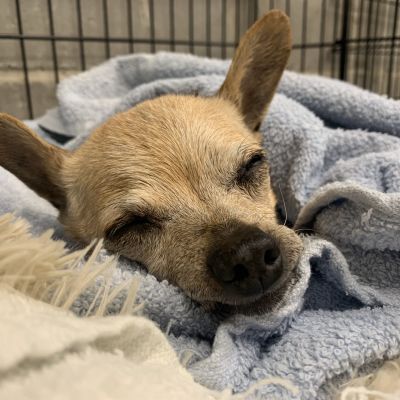 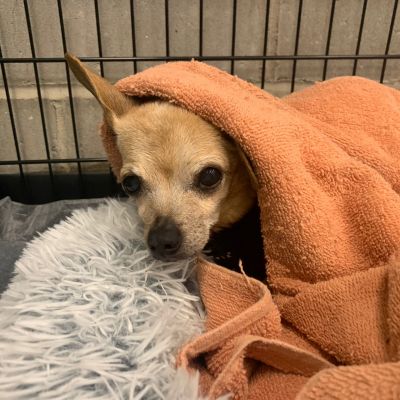 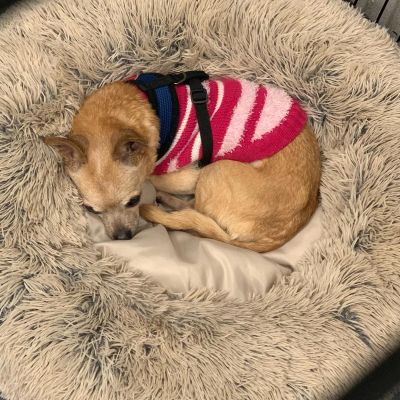 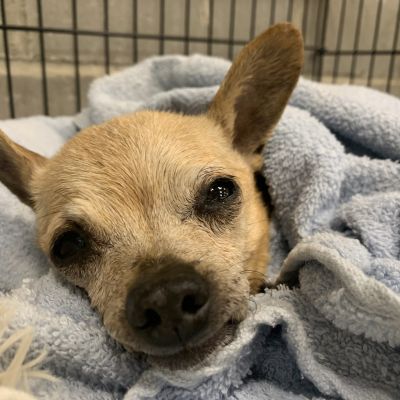 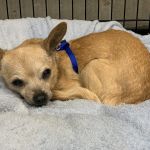 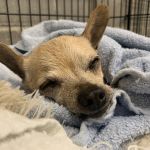 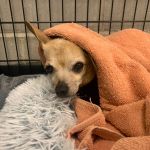 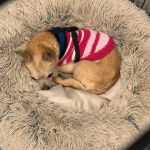 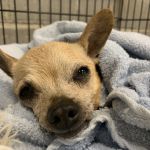 Ginger was rescued from a kill shelter. She was skin and bones, and we didn't have to guess twice to know that she's been abused. Every sound or attempt to touch her sent her into a frenzy. But after a few weeks with us, Ginger finally gained some weight (though she's still tiny, just a little over 5 lbs) and even allowed gentle petting. She enjoyed hand-feeding, which makes her feel like the spoiled little princess, but she also eats her food independently. Ginger can get a bit uncomfortable walking outside, so we believe that a quiet neighborhood would benefit Ginger. Ginger had a small mass on her mammary glands in the past, which was removed since then and turned out to be grade 1 mammary carcinoma, though it was aggressive, and the doctors were able to get the margins. Her life expectancy is counted in years. Ginger would be best for someone who doesn't mind giving her space when she feels like it and has the patience to spend time working on her fearful disposition. Ginger is not a lap dog just yet, but who knows, we never underestimate the power of TLC. If you're interested in learning more about Ginger, please fill out the adoption application today.

Sorry, but Ginger is currently pending an adoption by a forever home, so you can't apply for an adoption. Check back soon to see if the pet status changes!