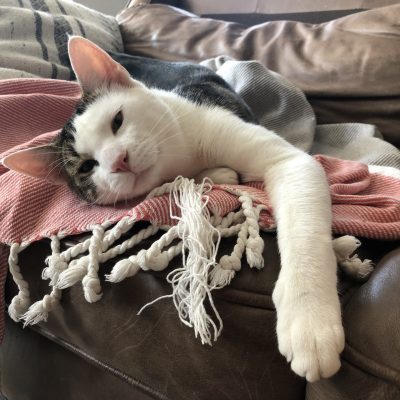 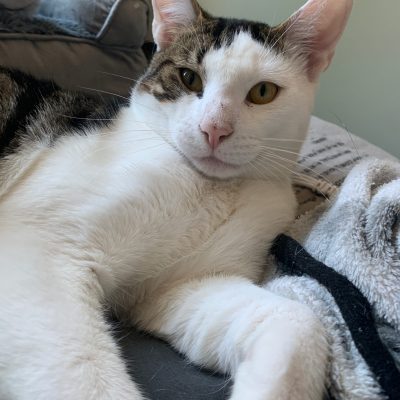 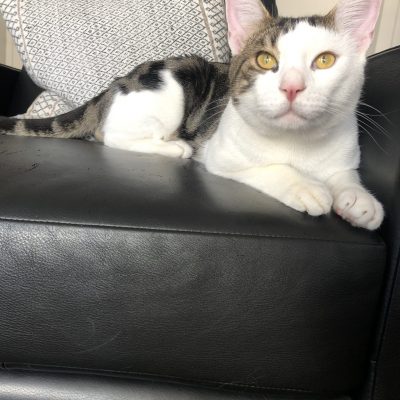 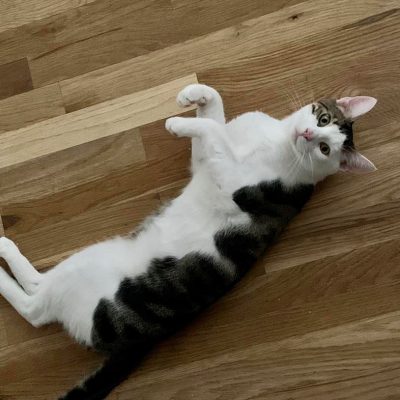 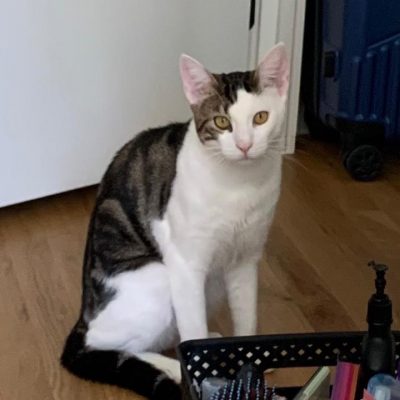 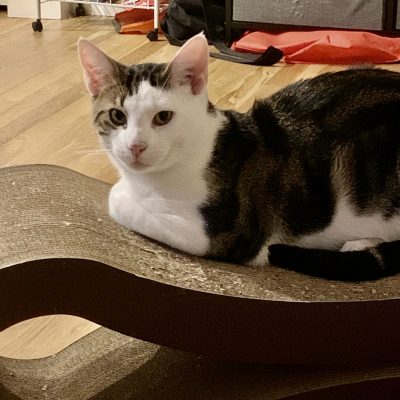 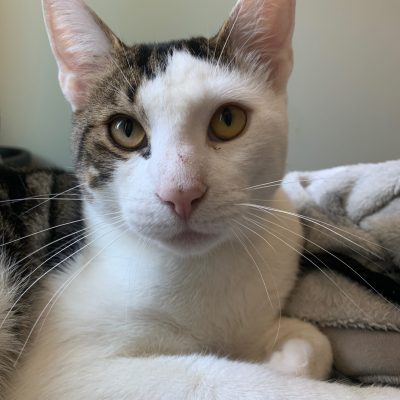 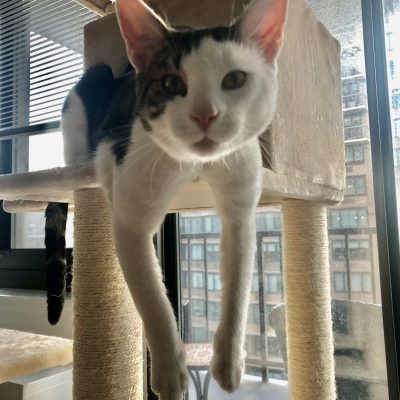 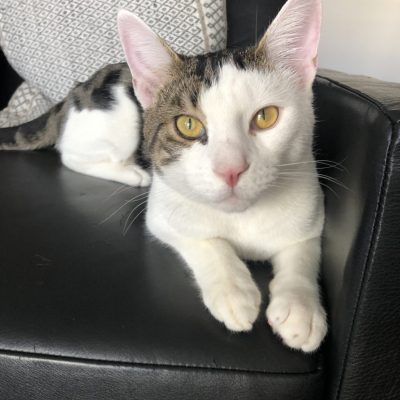 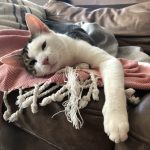 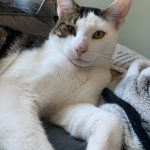 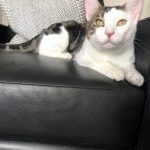 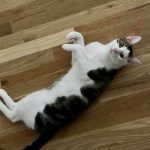 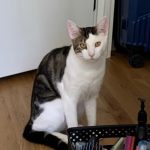 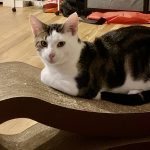 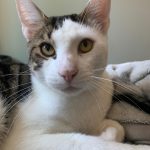 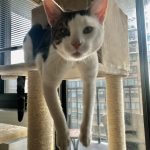 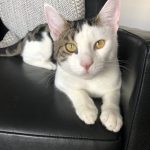 Kevin was found on the street inside of a container with a lid on. Someone threw him outside as if he was a toy and not a living being. Luckily, we found Kevin just on time and took him to a foster home so he could decompress. He was shaken and extremely stressed. A few days after we found him, he still wouldn't even come out from behind the closet. However, with enough time and patience, he started to open up and begun to explore. Now, with much needed TLC, he's ready to move to his forever home! Kevin has been around cats, and he tends to be an alpha, so if there's another cat that likes to be the boss, Kevin may not be a good match. If your kitty is relaxed and not easily bothered, Kevin and her/him may work. He hasn't been tested with dogs.

Sorry, but Kevin is currently pending an adoption by a forever home, so you can't apply for an adoption. Check back soon to see if the pet status changes!