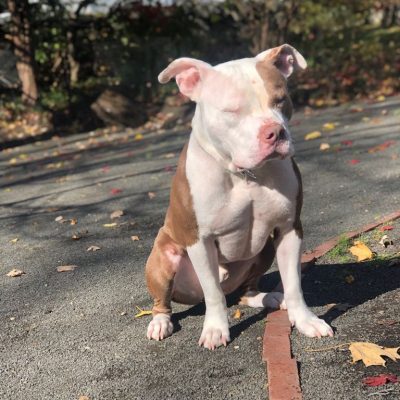 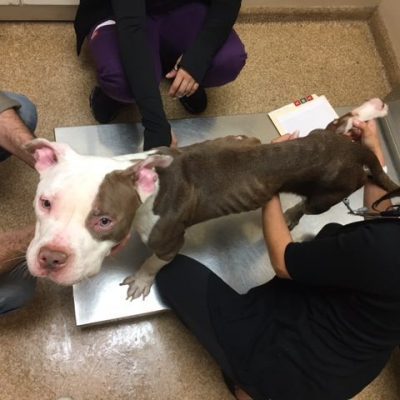 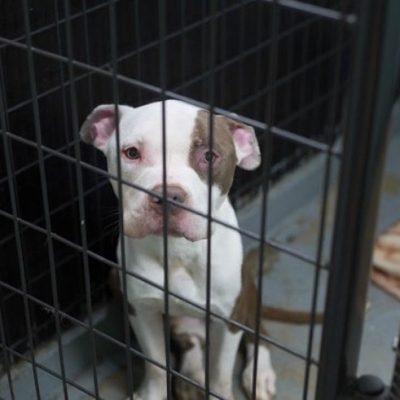 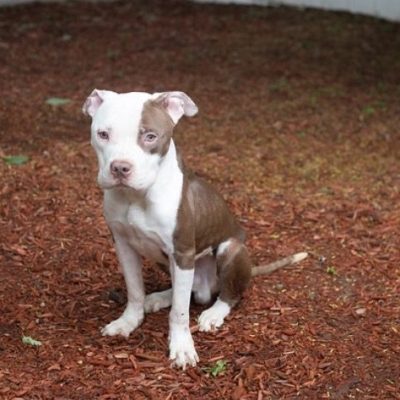 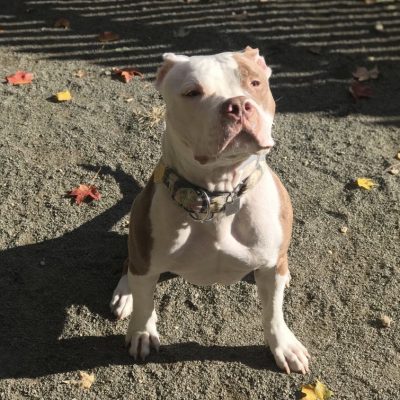 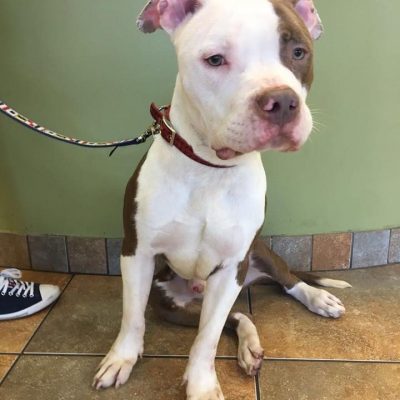 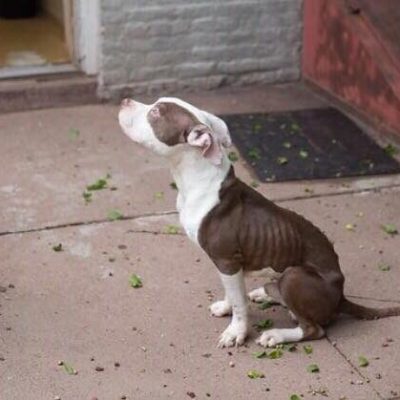 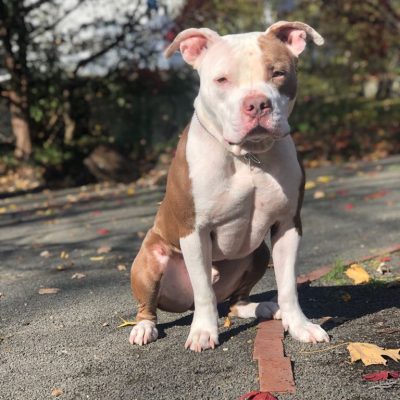 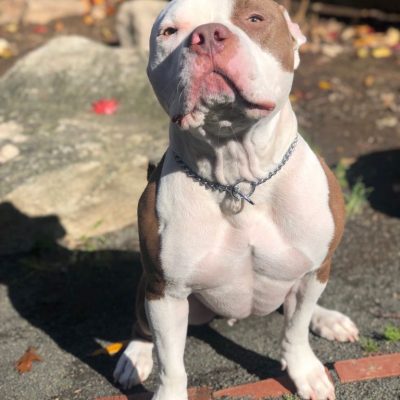 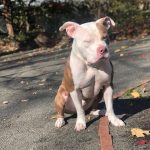 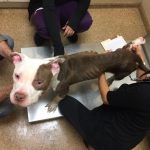 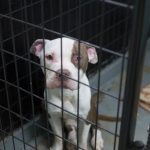 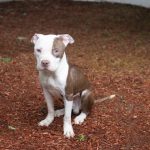 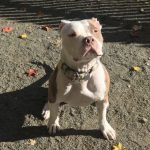 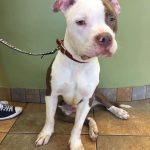 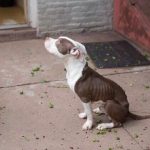 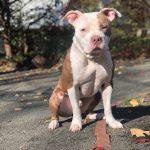 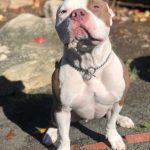 Rascal was abandoned and tied up under the blazing sun. Local cops found him in a parking lot, looking defeated. He was so thin and frail that an officer lifted what should be a strong, majestic pitbull with one arm like a feather. They took him to The Veterinary Emergency and Referral Group, where he awaited transport to a high kill shelter. The employees at VERG knew his fate at the kill shelter, so they called us up and asked us to take the case. Remembering other pit bulls that we took care of like Norman and Lola, we knew that Rascal could have the same happy ending and we would be betraying our duty as rescuers to turn him away from that chance. We welcomed him to the AMA family and rushed him to our vets at Noah's Ark Veterinary Practice to see what was going on with this poor dog of just skin and bones. Based on the medical exam we were able to tell that he had been through a lot of trauma, especially for his young age. He developed deep pressure wounds from being pressed against the walls of a small space for a long time and was also covered in dozens of other wounds that resembled bite marks. Weeks in medical boarding Rascal's playfulness started to come out. It was time for him to leave the clinic and go to a foster home. We were so excited to watch Rascal thrive and eventually getting adopted. But unfortunately, that wasn't his happily ever after. A year later his adopters returned him to us as they were no longer able to care for him. It was a piece of very sad news, but we didn't give up Rascal then and we are not about to give up on him now. Rascal is healthy and happy with us,  and we know that his true forever family will show up any day now! Rascal is great with people, but reactive to dogs and must be the only pet in the household.

Sorry, but Rascal is currently pending an adoption by a forever home, so you can't apply for an adoption. Check back soon to see if the pet status changes!