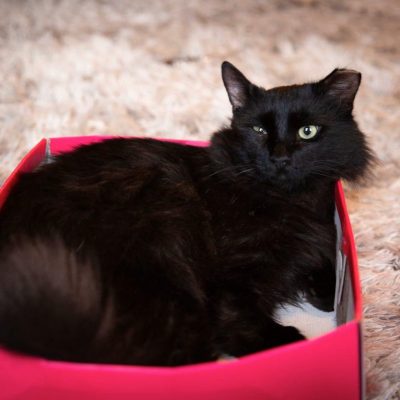 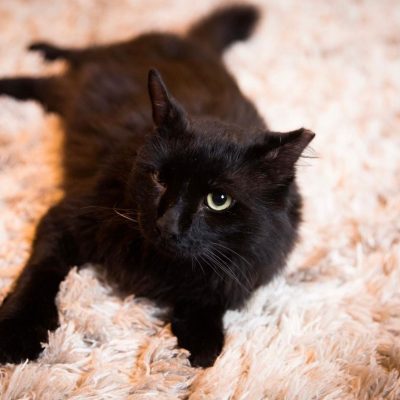 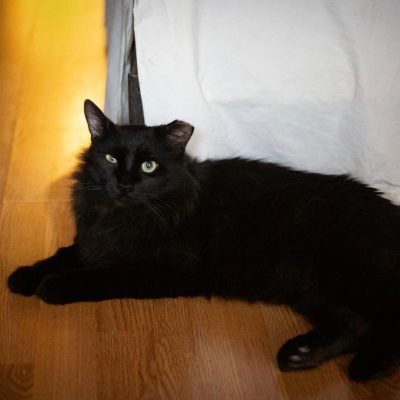 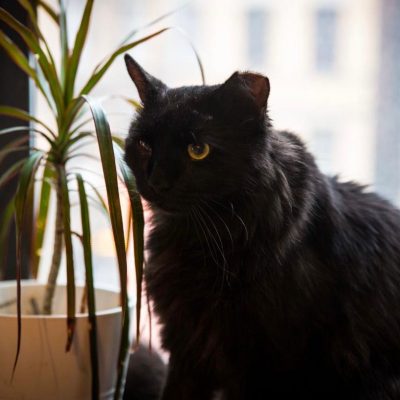 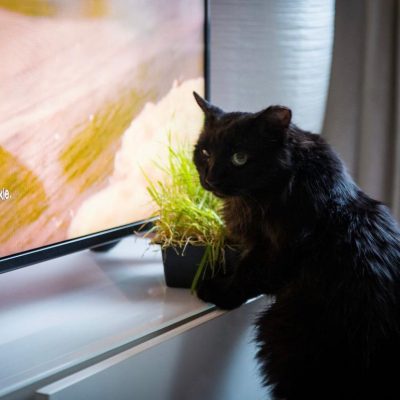 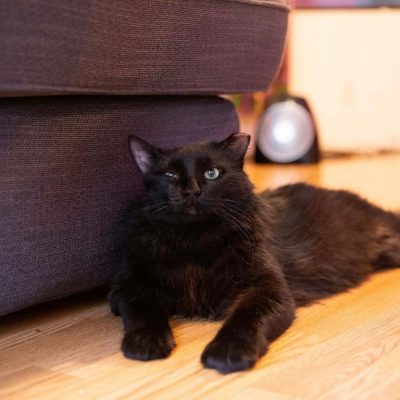 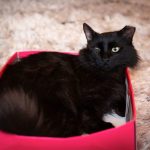 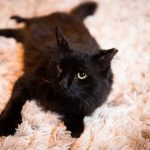 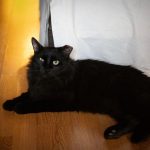 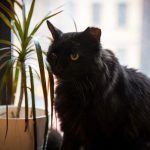 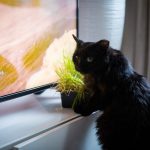 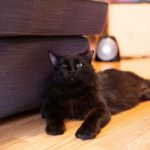 Salem is a very special kitty who must have had a home at one point but was let out and eventually ended up with AMA. He was such a sweet fluffy kitty but he appeared to have a large tumor in his ear and turned out to be FIV +. We were able to find Salem just in the knick of time, because his tumor had to be removed through a very complex surgery. The tumor ended up being so deep in his ear canal that his entire middle ear had to be removed with an osteotomy, which unfortunately means that Salem has some small balancing issues and is deaf in his one ear. But that doesn't stop him from running, jumping, and playing all over! This sweet boy has really been through a lot with his recovery, and he's finally ready to be spoiled by his forever family. This is one very lucky black cat! Salem's new year's resolution is to find a home, maybe it will be with you?

Are you interested in adopting Salem? Please fill out the form below and we'll contact you as soon as possible.