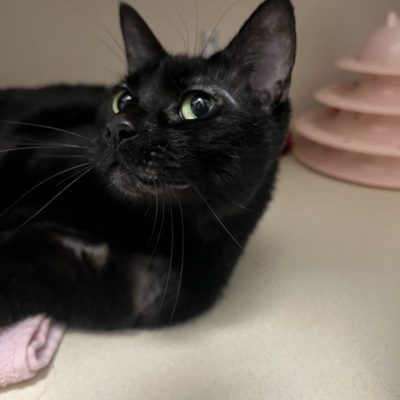 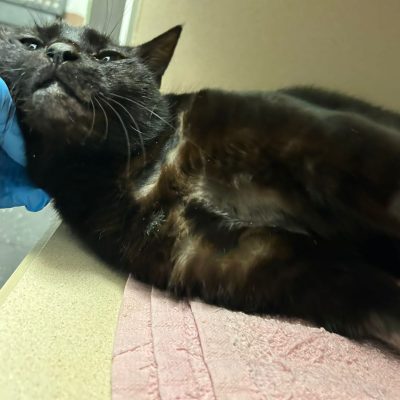 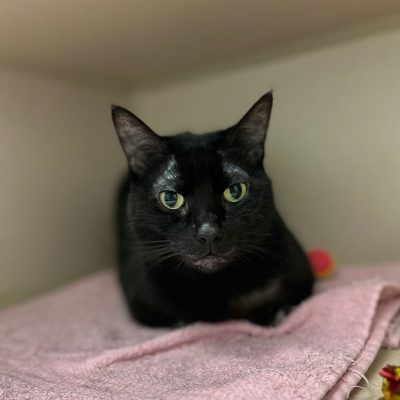 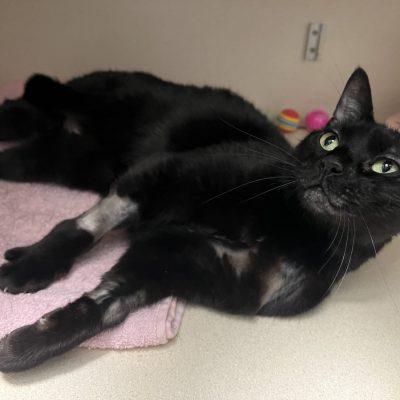 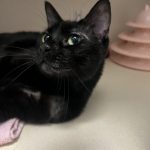 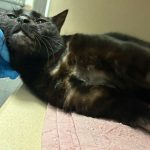 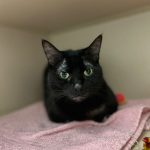 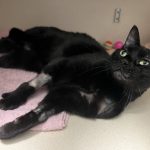 Sydney once had a home, she had to. She's sweet and lovable, and we can't imagine what had to happen for her to end up hurt in someone's garage. We were contacted as someone found her lethargic in their garage. She was so dusty, she looked gray. We rushed Sydney to the emergency hospital, where the doctors were puzzled by her strange symptoms. After all possible tests, no illness and no visible trauma were detected, but she still had trouble getting up. We decided to keep her on supportive care and hope that we'll see some improvements with time. Luckily, in about a couple of days, things began to change for the better. Slowly, Sydney began to eat on her own and crawled into her litter box, then she was able to sit and eventually walk. And this is when her amazing personality started to come out. She's one of the sweetest kitties we've ever met! Rolling over for some belly rubs is her favorite thing. Sydney is now fully recovered and patiently waiting for her forever family to come to meet her. Please fill out the adoption application if you'd like to learn more about Sydney!

Are you interested in adopting Sydney? Please fill out the form below and we'll contact you as soon as possible.