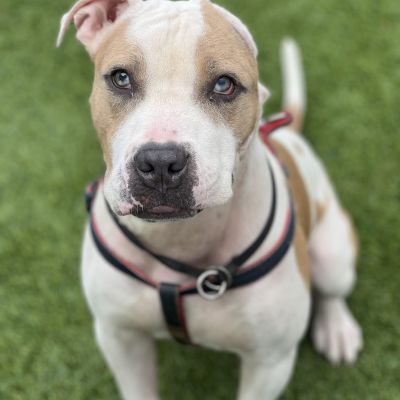 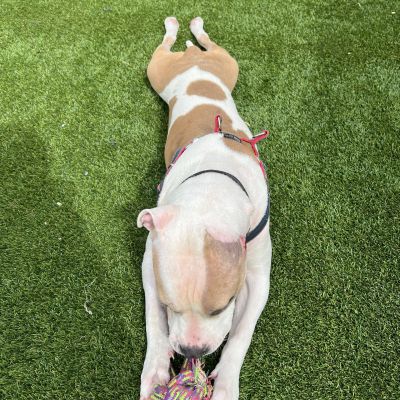 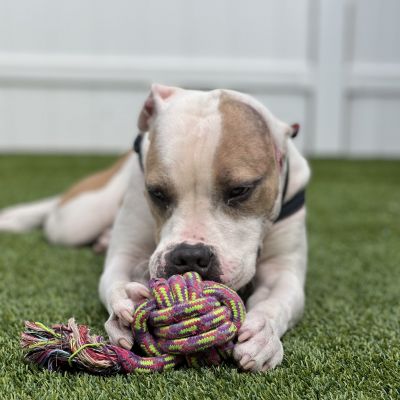 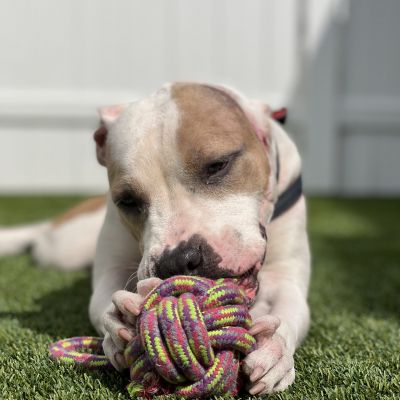 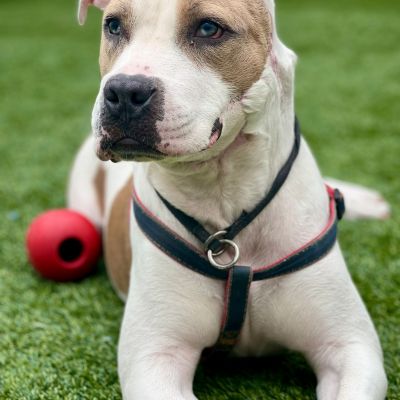 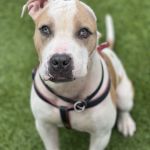 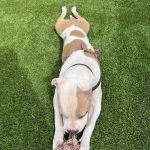 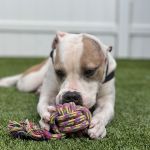 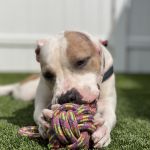 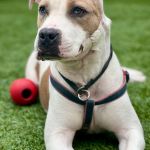 Status:
Available
Breed:
Pit Mix
Age:
10 months
Weight:
50 lbs
I'm looking for an adopter who:
Active and has an experience with a puppy energy.

It has been an emotional and painful journey for this incredible puppy, Zeus. His rescue story is a heartbreaking one. His previous owners went away and left Zeus with a sitter. The sitter had their own large dog(s) who attacked Zeus. However, the sitter didn't inform the owners and let the pup stay like this for a few days until the owners came back to get him. The owners couldn't provide the emergency treatment the dog required and brought him to the vet office to be euthanized. That is when we were contacted for help. Even though the chances of saving Zeus were small, we wanted to try and take on this dire case. We discovered that Zeus had deep bite wounds that went through the entire side of the head into the ear canal, and all of the tissue on the side of the head was rock hard as it became necrotic tissue. Both sides of Zeus's face were damaged tremendously. The first step in saving his life was to debride the necrotic skin and stabilize him. The things were so much worse than we initially thought... He had so much dead, infected skin it left the doctors speechless. At just seven months old, this poor dog has experienced more pain and trauma than most, and after the entire month of doctors working round the clock to care for him, he still was not out of the woods. Zeus has been receiving multiple daily bandage changes that are so painful, it required anesthesia and at least three people to be done. His next surgery was skin grafting to close up the wound while doing absolutely everything to save the opening for his ear. Luckily, it worked. After grueling months of recovery, Zeus is finally back on his four feet and is ready to find his happily ever after! He's a strong, playful pup who's ready to chase his ball for hours. He loves people and can't wait to meet his family. While Zeus completely recovered from his ordeal, he started to have seizures which have been controlled with daily anti-seizure medication. Please fill out the adoption application today if you'd like to meet our sweet boy.

Are you interested in adopting Zeus? Please fill out the form below and we'll contact you as soon as possible.