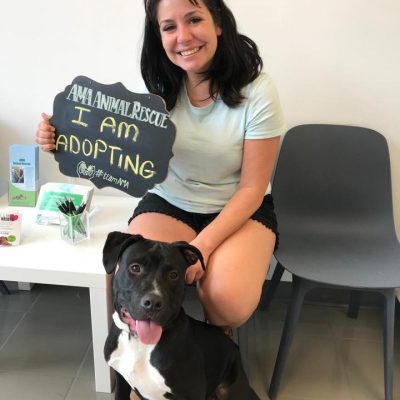 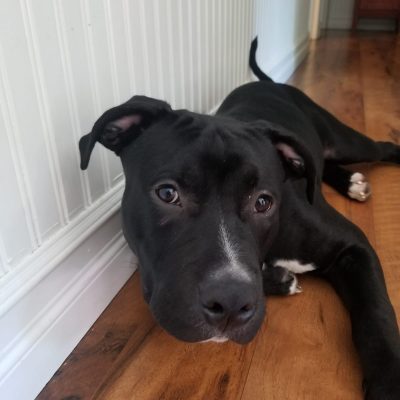 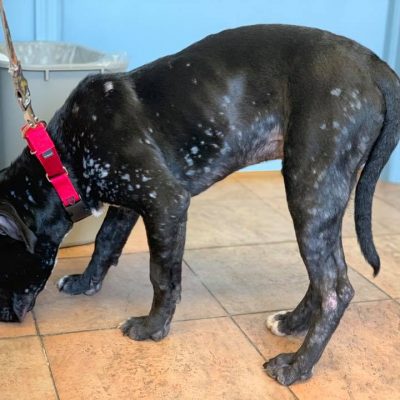 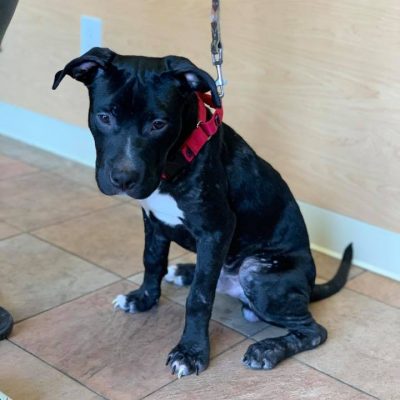 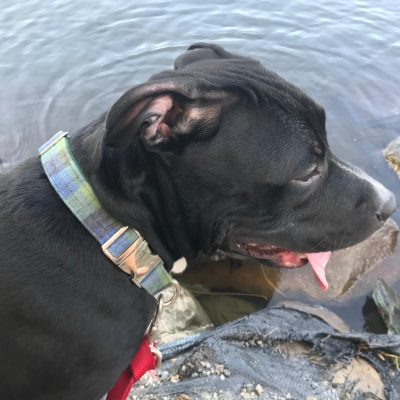 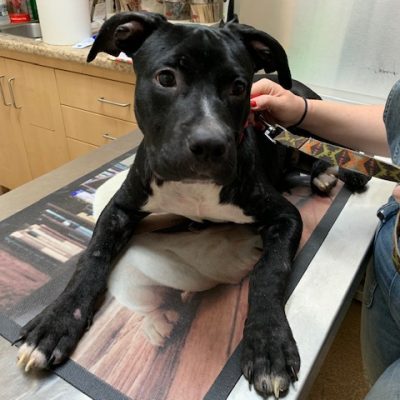 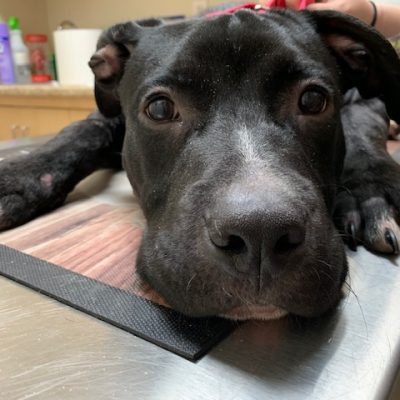 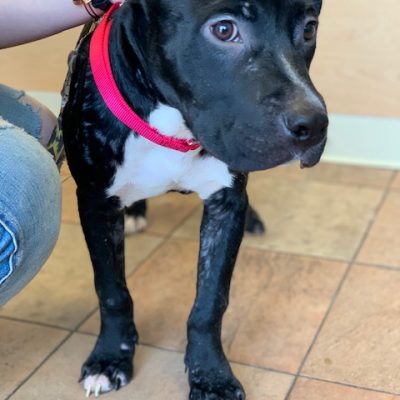 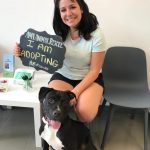 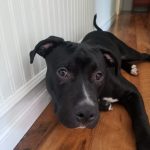 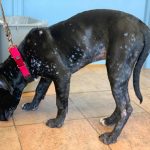 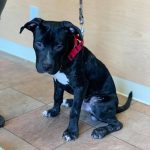 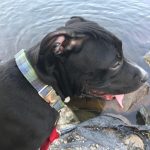 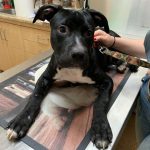 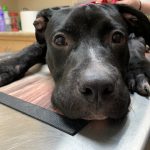 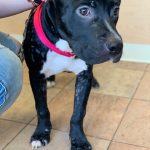 A couple of months ago, one of our fosters was walking from work and noticed a black puppy tied up all alone. At first, she thought maybe he was waiting for his owners, but as she looked around, she didn’t see anyone. By the time she contacted us and went back to the scene, the dog was gone. We hoped that the owner came back and got his dog. Unfortunately, that wasn’t the case... The next day the same dog was seen held by a drunk homeless man who found him the day before. The pup was extremely malnourished and so dirty you could see dry pieces of mud on his fur. He was so scared of every sound and sudden movements, and we knew that this dog had a horrible past. That was when we decided that we will not stand by and do nothing. We had to negotiate for his release of the dog, and after two days, the pup was finally rescued. We named him Bing, and this is how Bing’s journey to his happily ever after begun. When the doctor saw Bing, he confirmed that we made the right decision by stepping in. At just 7 months old, Bing’s health condition was borderline critical. It was hard to capture how skinny he was because of the color of his fur, but when we hugged his tiny body, we could feel every bone of his rib cage. His tail was always in between his legs and every time someone would raise a hand, he’d press his head to the floor, expecting to be hit. The girl who initially found him decided to foster Bing while we were looking for his forever home. With time and love, this sweet boy started regaining his trust in people and, after just a couple of weeks, he was like a new dog- happy, relaxed and ready to find a family he could call his own. He didn't have to wait long. Only a couple of months later, our boy Bing has been adopted! He now has his own family, a big house and a backyard to run around. What more can we ask for? This is exactly what a happily ever after looks like!