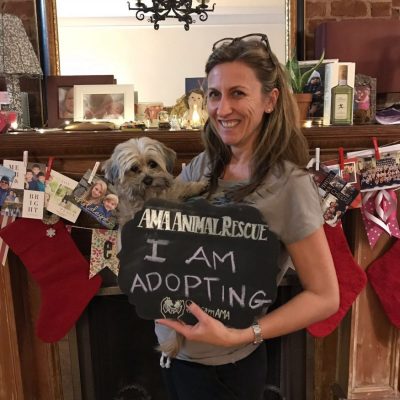 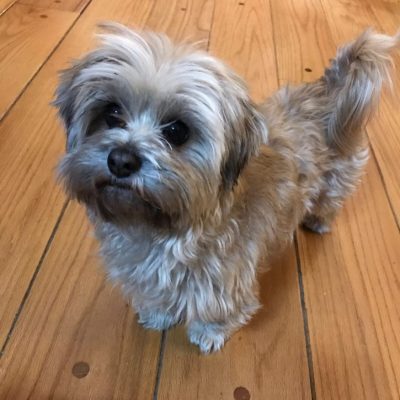 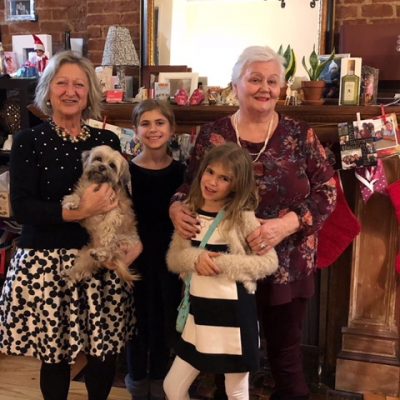 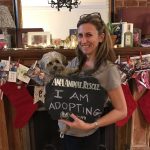 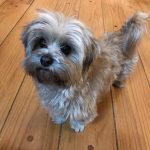 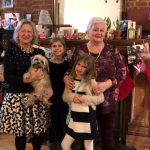 Almost a year ago, in October 2016, we rescued 20+ dogs from a hoarding situation. About ten months later, we decided to stop by the place and check if there were more pets in there. Boy, we were right to do so. Two sweet pups were living in the same place in the same terrible conditions. Chloe was not as bad as the other pup physically, but the mental damage was bad enough to make up for it. Chloe was shaking uncontrollably, afraid of her own shadow. She was trying to get away from us or anyone who came close to her. To make her feel safe and secure, we had to wrap her in a towel and keep petting her so that she felt safe. Chloe was so adorable and cute that as soon as we posted her pictures, we received over twenty adoption applications. However, not many people realized that on the inside, Chloe still was a frightened pup who will need special care for many weeks. So we screened a lot of people until one application stood up amongst others. We reached out right away, and we knew that this was it, the search was over. When the adopters met Chloe, it was love at first sight on both parts, and so our girl went to her forever home to be loved and cared for like never before.