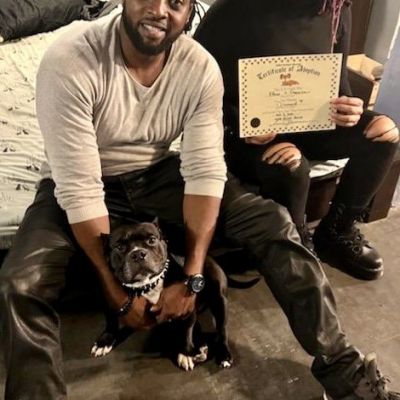 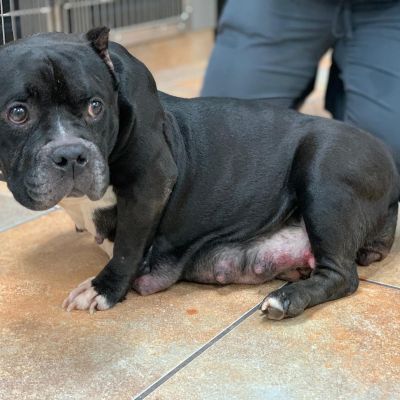 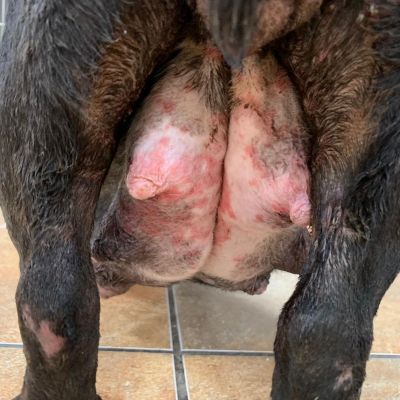 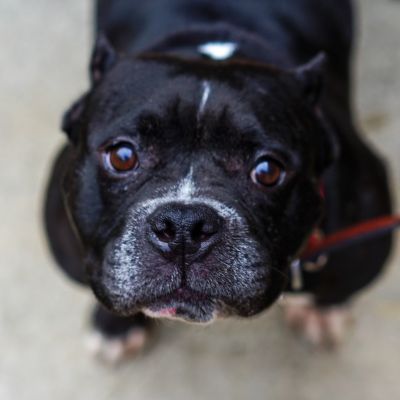 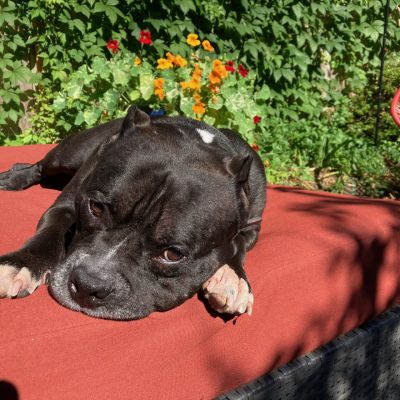 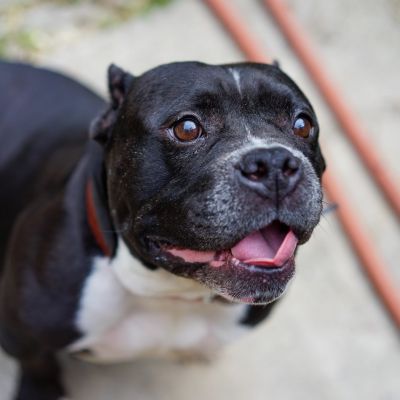 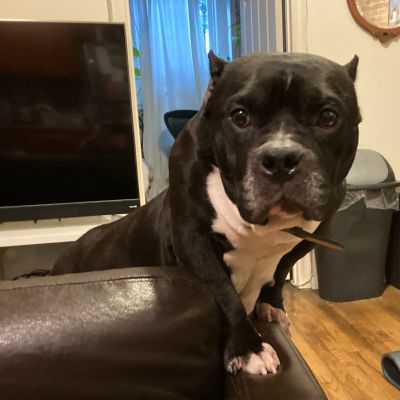 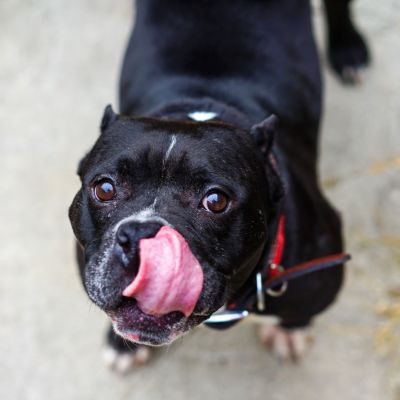 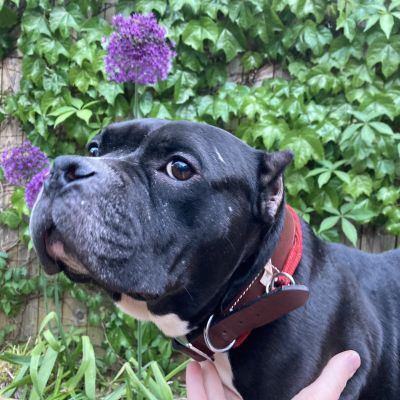 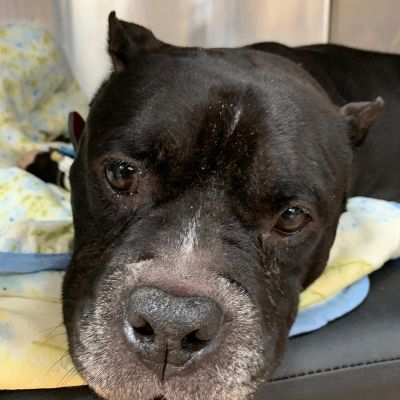 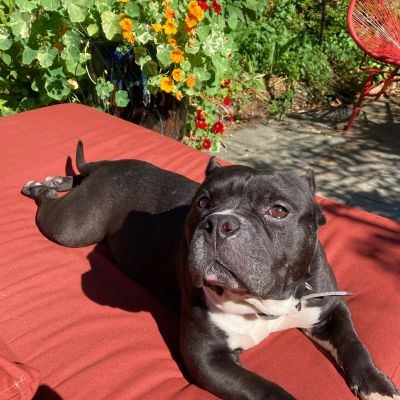 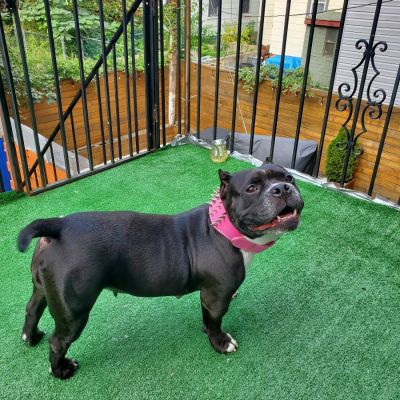 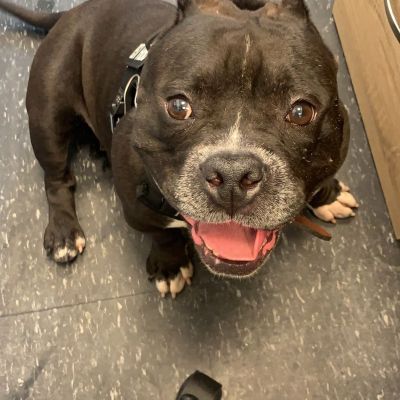 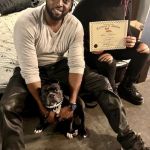 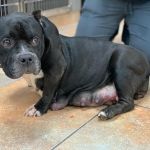 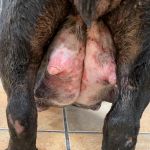 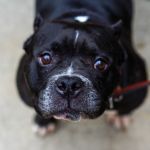 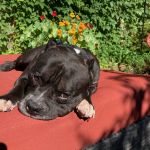 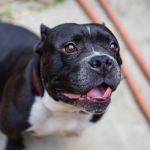 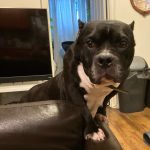 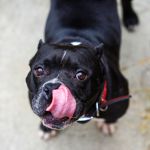 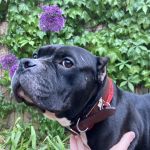 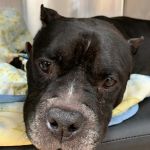 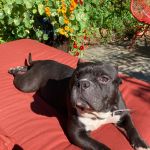 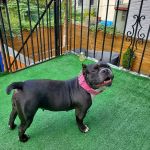 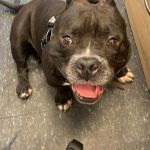 We were contacted about a dog named Diamond, who’s been in labor for days. We were told that she had a stillborn puppy four days ago, and then another puppy was pulled out of her later. After all this, the owners still refused to take her to the doctor. Thankfully, a Good Samaritan contacted us to help Diamond before it was too late, and of course, we couldn’t say no. This poor angel couldn’t even walk anymore. We rushed Diamond to the emergency hospital, where the doctors rushed to stabilize her in hopes of preparing her for emergency surgery. We may have been too late for the puppies, but we did everything we could to save this poor mama’s life. As Diamond went into the surgery (X-ray and ultrasound showed that there were no viable puppies inside), we couldn't do anything but send positive thoughts and prayers her way. Diamond's white cell count was almost nil, and her platelets were also very low, which was another indication that we rescued her just in time. Luckily, she did pull through, and even though her recovery was long and rough, we were hopeful that her horrible past could finally be left behind. But unfortunately,  our sparkly Diamond couldn't catch a break. After recovering from her surgeries surrounding a complicated pregnancy and delivering two stillborns, we noticed she had developed a limp and was clearly signaling that she was in pain. X-rays showed a torn ligament and severe luxation patella, a condition where the kneecap dislocates. Diamond was in tremendous pain from this. Her condition was so bad that her kneecap would not go back into position. We were devastated to learn that she would have to undergo another surgery just a couple of months after her other emergency surgery. This was just unimaginable stress on such a sweet, helpless creature. But there was no way around it. The surgery to correct both issues required a specific, board-certified surgeon and came with a price tag to match. But we have promised Diamond a better life, and with your help, we kept our word to her. After fully recovering from her second major surgery, Diamond was lucky to find a wonderful family who welcomed her into their home. This is what we call happily ever after! Enjoy the rest of your life, sweet pup. We will always miss you!