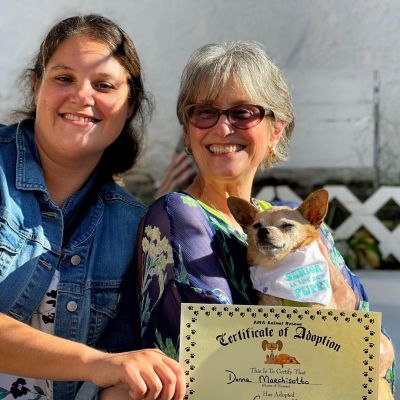 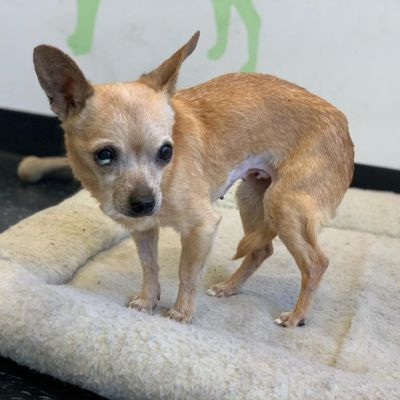 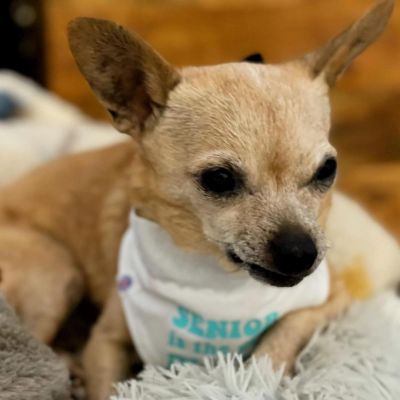 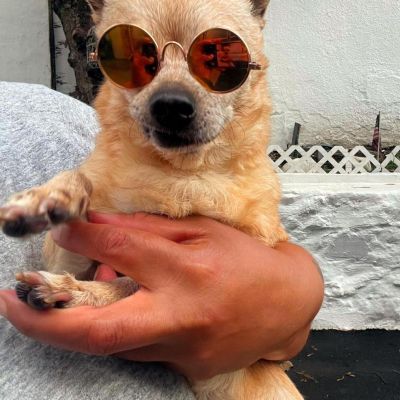 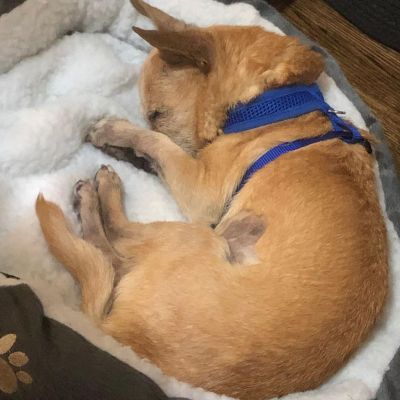 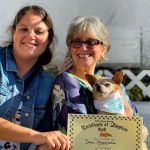 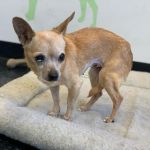 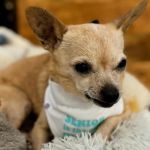 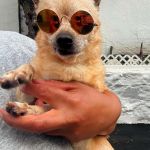 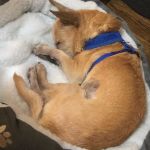 Ginger was rescued from a kill shelter. She was skin and bones, and we didn't have to guess twice to know that she's been abused. Every sound or attempt to touch her sent her into a frenzy. Every time she’d shy away from us, it would break our hearts. But we were determined to help her get over her past and learn to trust humans again. That was the beginning of a long journey for Ginger, and we were committed to guiding her through it.  Ginger had a small mass on her mammary glands, which was removed and turned out to be grade 1 mammary carcinoma. Though it was aggressive and the doctors could get the margins, her life expectancy is still counted in years. After a few weeks with us, Ginger finally gained some weight (though she was still tiny, just a little over 5 lbs) and even allowed gentle petting. She enjoyed hand-feeding, which made her feel like the spoiled little princess, but she also ate her food independently. Yet still, Ginger could get a bit uncomfortable walking outside, so we believed that she’d do much better in a foster environment. And so, our search for a perfect foster home began. Ginger needed a foster who didn’t mind giving her space when she felt like it and had the patience to work on her fearful disposition. And who could also deal with her frequent accidents. Our senior girl had to switch a couple of foster homes, but eventually, she landed with one of our experienced foster moms who knew just what she needed to finally come out of her shell. Watching Ginger turn from a frightened, malnourished dog into a healthy-looking, trusting one melted our hearts. One could never underestimate the power of TLC, and Ginger’s story is the proof! Ginger found her happily ever after, and we couldn’t be happier. Enjoy the rest of your life, little baby. We will always miss you!