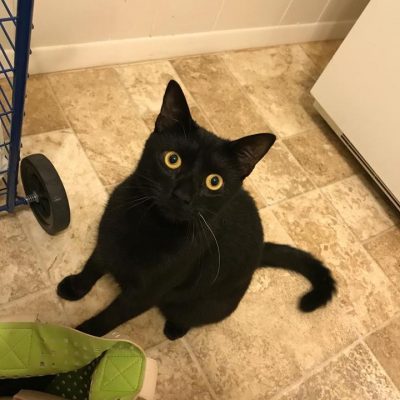 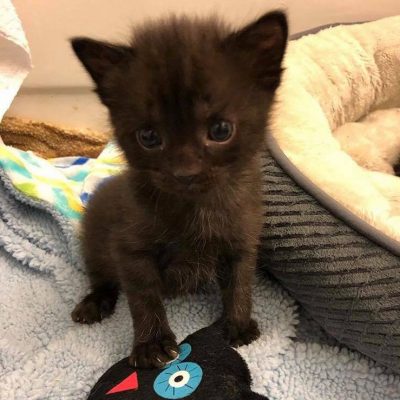 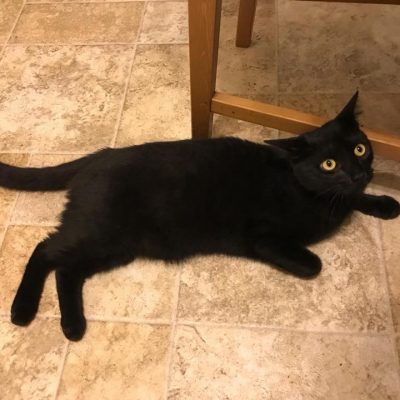 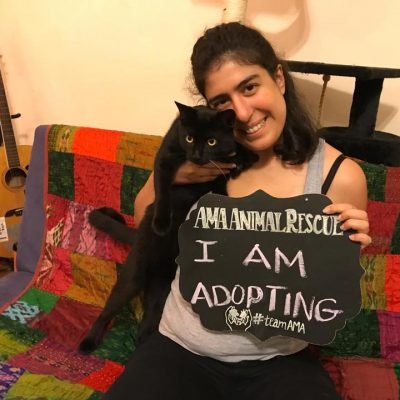 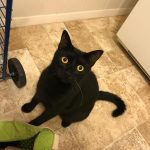 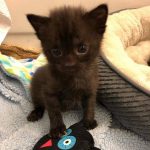 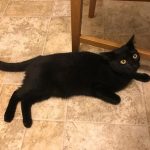 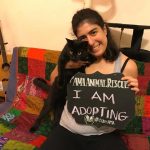 Remember Lexi and her 5 kittens? This story is about Indigo, one of those kittens. His mom was rescued just a day before giving birth to this little munchkin and his siblings, and luckily, because of that, he was born under AMA’s care- safe and sound (we don’t even want to think of what would have happened to him if we didn’t come across mama Lexi that day- a day before New Years!).  Most people are aware of the misconception about black cats- bad luck and such, but we for one believe the opposite. We believe that black cats (as well as black dogs) not only bring luck but also make one of the most beautiful pets there are. With that being said, one of our volunteers feels exactly the same. Because she offered to foster Indigo as soon as he was able to be separated from Mama Lexi. But when the foster and the kitten met, by the affection they showed each other, we knew that this might be a foster failure... and guess what? Indigo seemed VERY comfortable in his foster home. Watch him get at it with his foster sister, Violet, who was previously adopted from AMA. And it wasn’t long until foster mommy told us that Indigo is not going anywhere. He was going to stay where he belonged- with his new forever family.