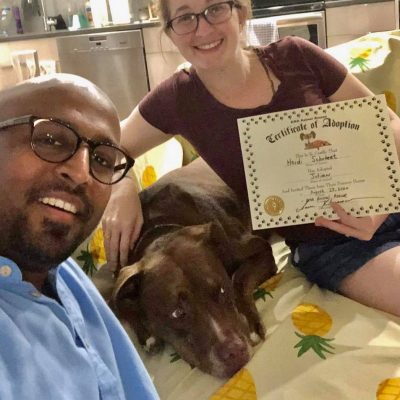 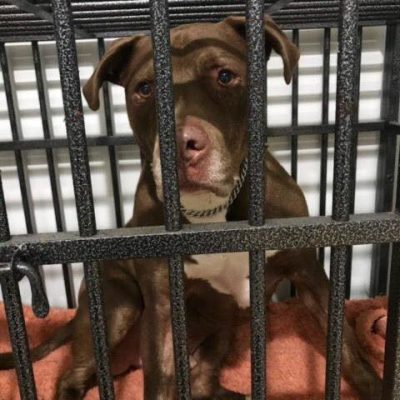 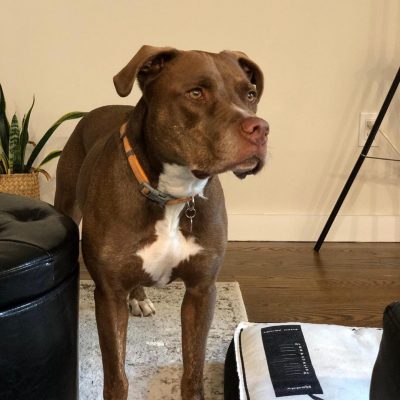 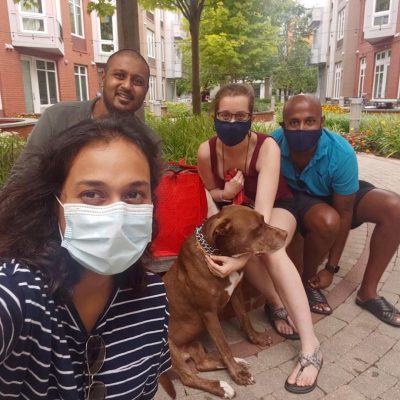 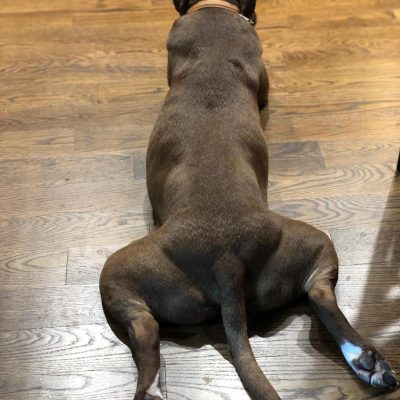 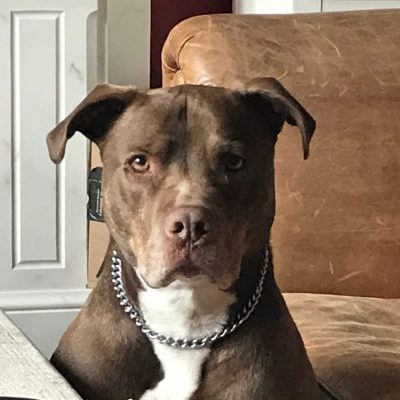 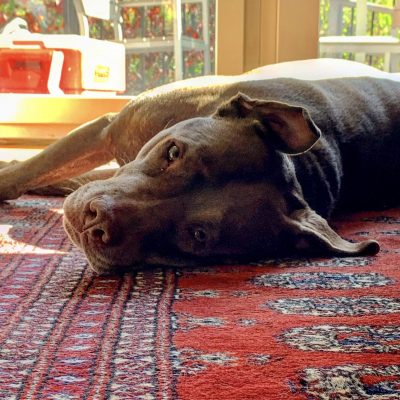 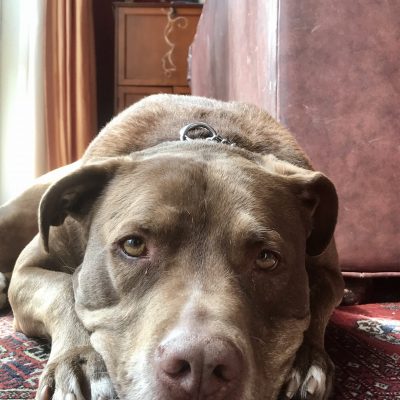 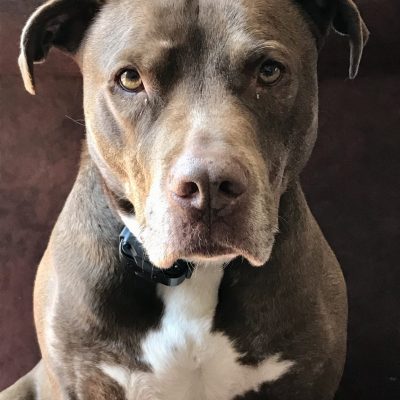 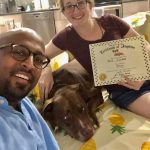 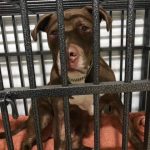 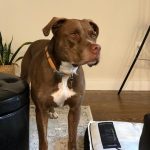 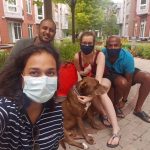 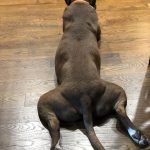 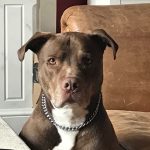 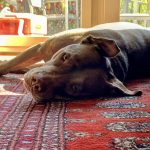 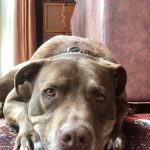 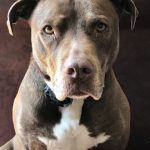 Julian is officially the longest resident here at AMA. Let us remind you of his story. He was rescued as a young dog about 6 years ago. From what we could gather, he spent the first months of his life stuck in a cage so that his leg muscles were too weak to properly hold him up. Fast forward to months ahead- Julian was healthy and finally adopted. We thought it was his happily ever after, but boy, we were so very wrong... Three years later, Julian had been returned to us with multiple behavioral issues. Once a member of the AMA family, always a member of the AMA family. So we accepted Julian back with open arms. That was over 2 years ago... Unfortunately, for two years since Julian returned to us, many people turned away from him due to his “difficult” behavior. But there was nothing we wouldn’t do for our boy, and so despite the high cost, we kept him on board-and-train. We knew that all Julian needed was a second chance in life, and we were more than willing to give that to him. And so our patience has been rewarded when a wonderful couple filled out the adoption application. Right away we knew that this might be something special... And guess what? Finally, after years and years of waiting for his happily ever after, Julian has found his forever family. People who love him and will never give up on him. Enjoy the rest of your life, sweet Julian!