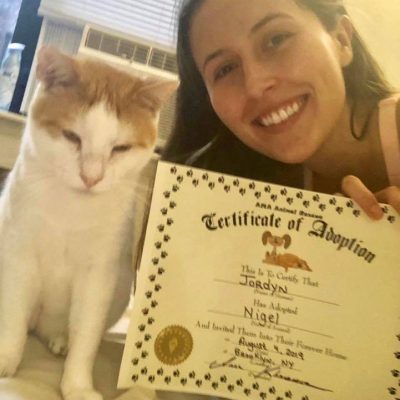 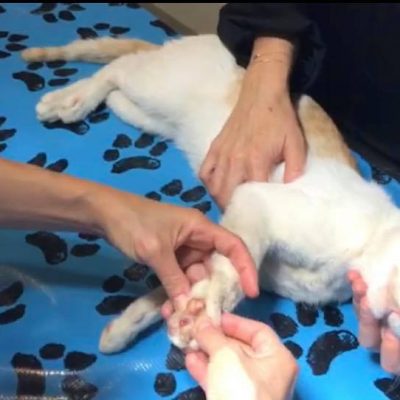 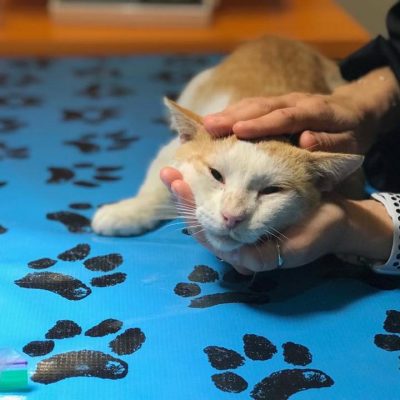 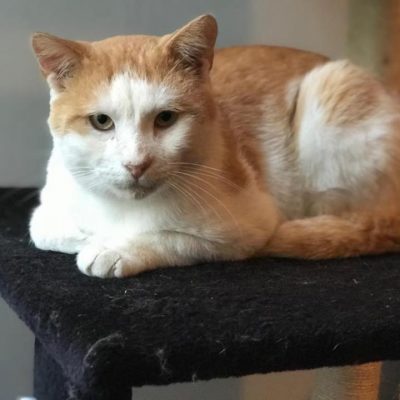 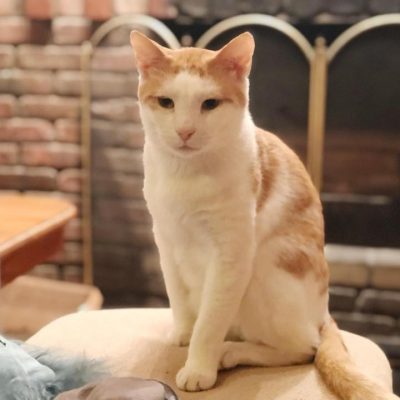 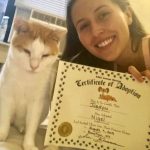 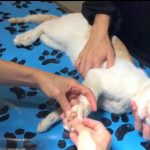 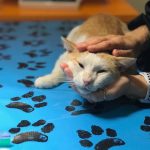 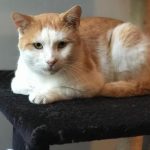 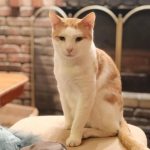 We had no idea where Nigel came from, but we knew he came to the right people for help. He approached one of our volunteers on the street, limping, as his front paw was swollen and appeared broken. His tail was also crooked and he was just one uncomfortable cat! Nigel needed help, and we were there to help him... Nigel was rushed to the vet, and it turned out that he had a severe infection that spread throughout his whole left side and even got to his nerves that affected his paw and tail. But it was nothing that a round of strong antibiotics and a lot of love couldn't fix! We ran a few more to tests and found that Nigel turned out to be FIV+, which didn’t mean that he couldn’t have a long and happy life. We just had to be patient. After Nigel made a full recovery he fully embraced his cuddly kitty self! He was good with everyone around him, a great explorer, and the best cuddle buddy. But he was still patiently waiting for his forever home. Today we can happily report that, after months and months of waiting, he has finally found his forever home! This kitty has come such a long way from being injured and alone on the street. Now he can celebrate in comfort and get all the ear scratches from his new mom!