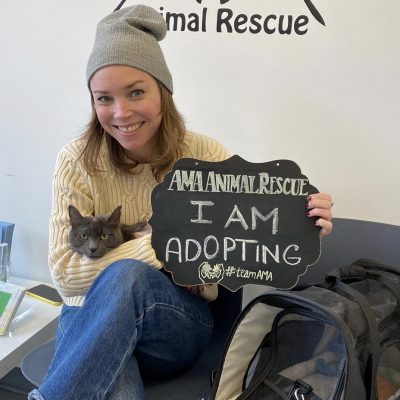 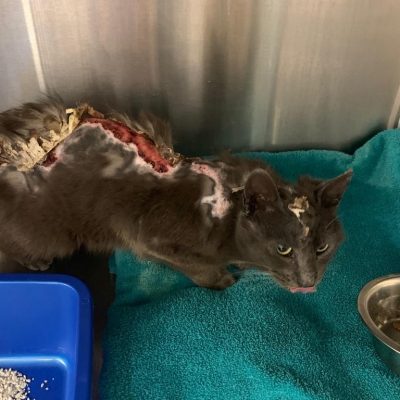 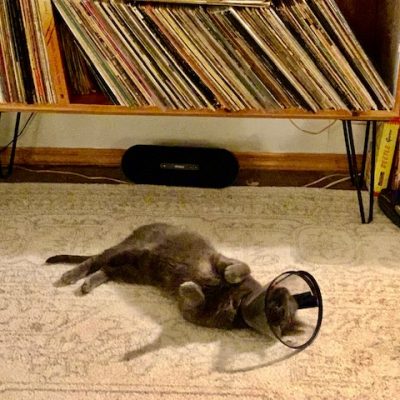 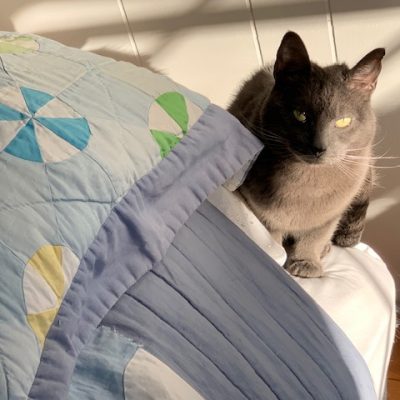 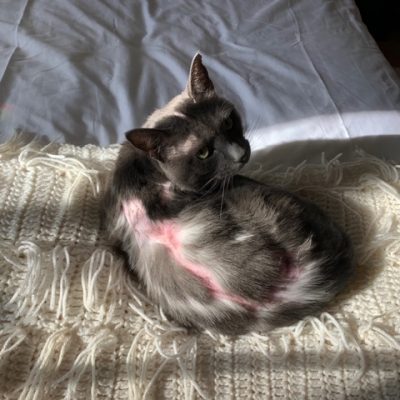 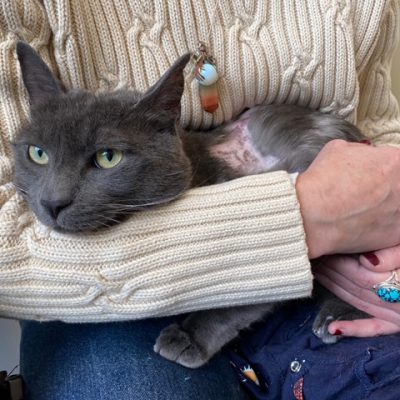 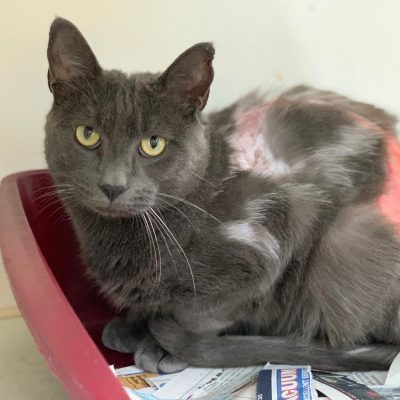 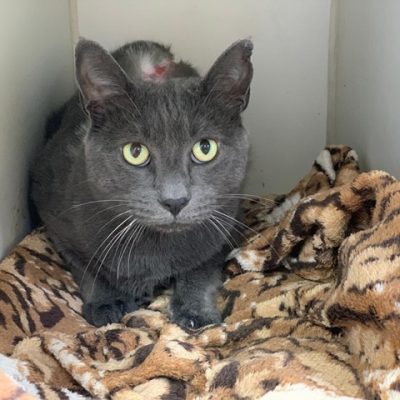 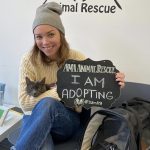 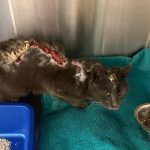 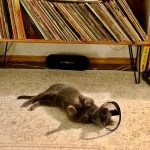 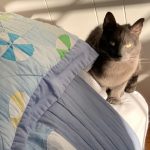 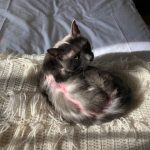 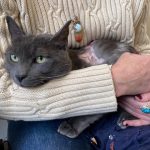 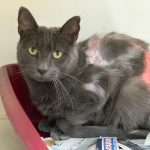 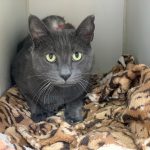 We were contacted regarding an injured stray cat and when we saw him, we had no words to express our shock. The suffering this cat must have endured is unimaginable. His skin was sloughing off of his body, he was covered in open sores and wounds. His tail was twitching furiously. We named the kitty Phoenix and as soon as we caught him, we immediately rushed him to the hospital. He has been in medical boarding for months while trying to heal the massive wounds that cover so much of his body. Most of his injuries have improved on their own, but the largest wound required surgical intervention. Phoenix was in such bad shape, we knew we were going to need some extra support for all of his medical bills to help our guy. AMA launched a very successful fundraiser for Phoenix and we were so thankful for the amount of support people showed for our patient. Although his silky grey hair may never completely grow back, slowly but surely, our Phoenix has been rising from the ashes. Nine months later, he was finally ready to leave the vet. We are over the moon for him to have found such a loving forever home. He will never have to worry about being hurt, mistreated, or alone ever again.