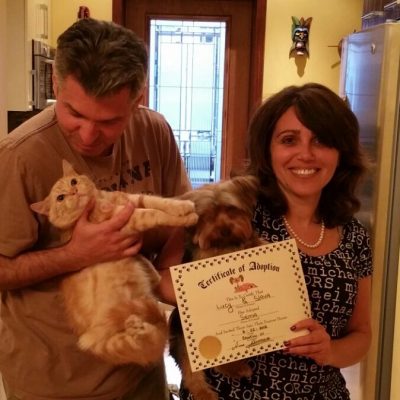 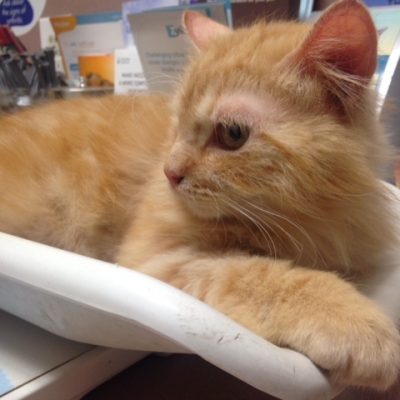 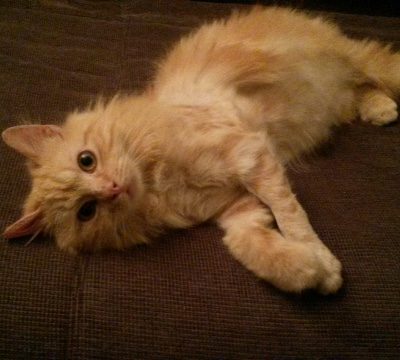 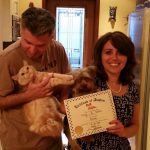 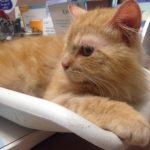 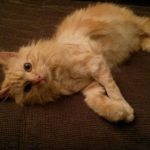 Formerly Sema, now named Toby, has seen the absolute roughest of times. When we first rescued him, he had a severe respiratory infection, along with other medical conditions that left him at the vet's office for weeks. When Toby was almost ready to leave the Vet, his cage broke, and he wound up lost on the streets again. There was no way we were going to let him go so we put up signs all over offering a five hundred dollar reward. Three weeks later somebody found him, and he was in even worse condition than the first time we rescued him. He had a broken leg and was covered in ring worms. With a dedicated foster and many sessions at the vet, Toby is now in full recovery! The good news doesn't stop there. After everything Toby and his foster went through, Toby finally officially became part of the family. Now he gets to have his happy ending!