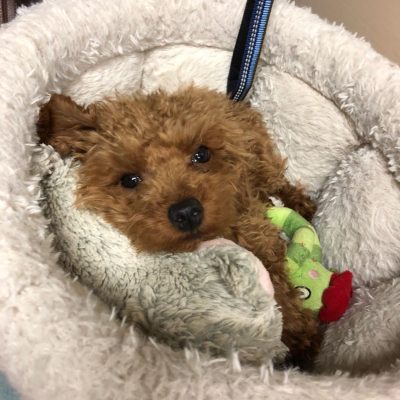 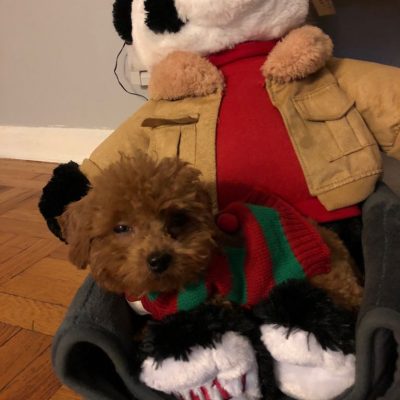 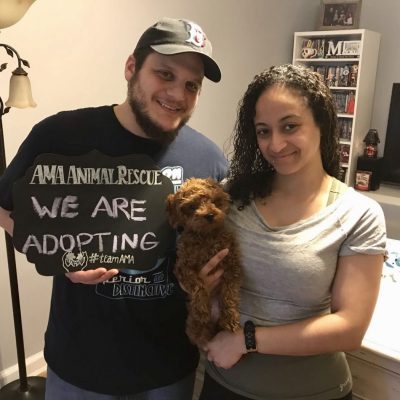 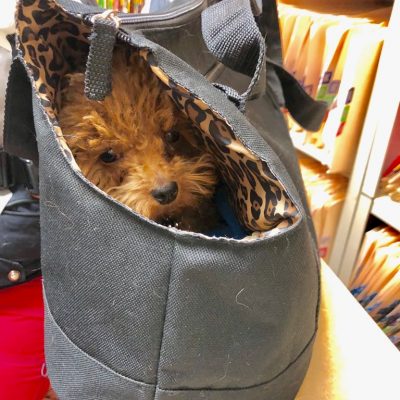 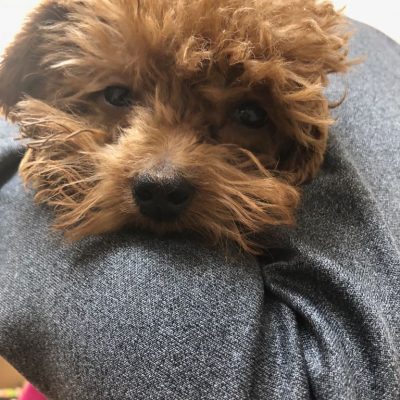 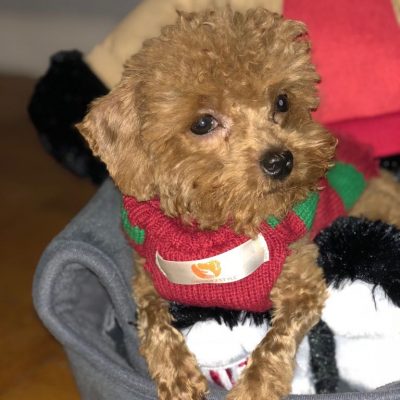 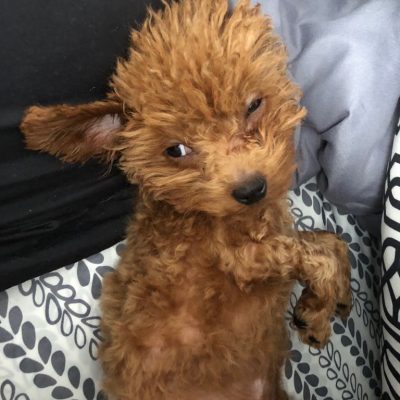 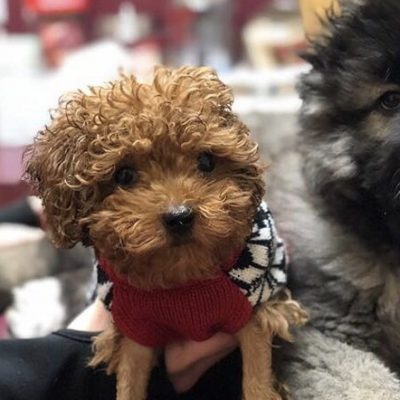 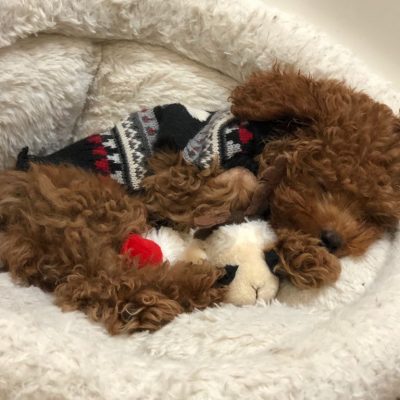 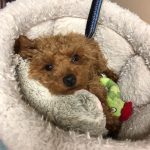 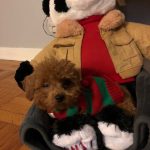 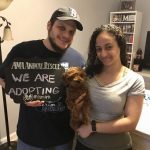 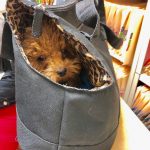 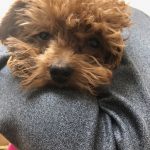 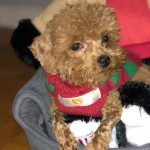 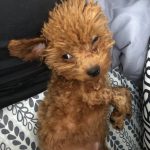 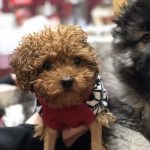 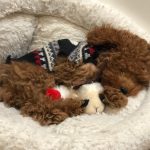 Winston is a tiny three-pound mini poodle that was originally bought from a pet store at the age of 2-3 months old. As it often happens with puppy store pets, few days after the purchase he developed bronchitis and had to be rushed to the emergency. He was only a pound when he arrived at the clinic. Can you imagine this tiny thing having breathing issues and struggle to survive? Winston was unable to eat or move properly. After few days at the emergency clinic, he went to a regular vet's office, where he spent a few more days. Unfortunately, original owners weren't able to provide the necessary intense care due to their busy schedules, and so it was either them bringing Winston back to a pet store or give him up to our rescue. We knew that at a pet store he would not receive the proper care and that no one would purchase him again because of his "complications". We knew he won't have a chance there. We took him in immediately and put Winston into the medical boarding where he was treated with care and love. However, when the weekend came, we got a little worried because of the shorter hours that staff spend at the office. With the need of an inhaler three times a day for him, a technician decided to take him for the weekend to continue giving him 24/7 care. A weekend stay turned into a lot longer, however, because when the technician came back to work she was already in love and head over heels for Winston. There was no way she was giving him back and she asked us if she can adopt him. With over 30 applications for this cutie, we still knew that there would be no better fit for Winston! Her being a vet technician only made it that much more perfect. He is now adopted and he goes to work with mom every day, where he has is own bed and everyone just loves and adores him! He is never alone and he is living his best life possible with his favorite people!